To add a little more to the previous post on formal and material republication, let me fill out how the distinction between form and matter works on a larger scale.

James Durham demonstrates the difference between a law, and a law used to established a covenant of works. 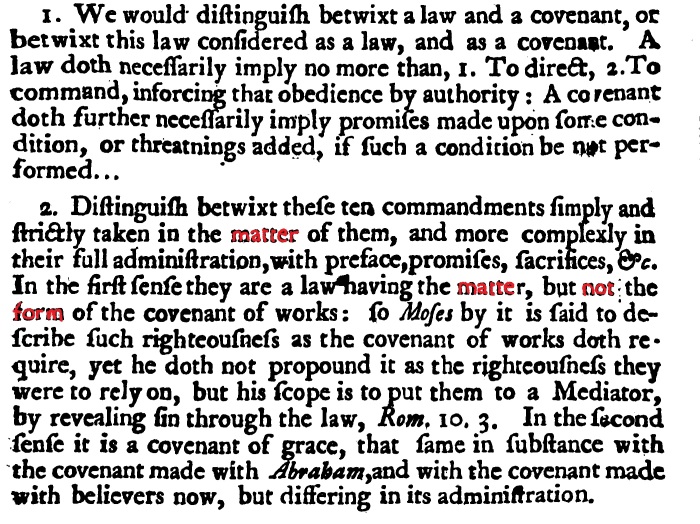 In this line of thinking, Obadiah Sedgwick argues that although the law was present in the Mosaic covenant, it was not a formal covenant of works. This is material republication (as was Durham above).

Now, how did this play out in Particular Baptist theology? John Owen will be our theologian. Nehemiah Coxe considered Owen’s work on Hebrews to be representative of his own views on covenant theology.

First, Owen is operating within the same ideas and makes the same points made above, that we have to distinguish between the law on its own and the law as a covenant. 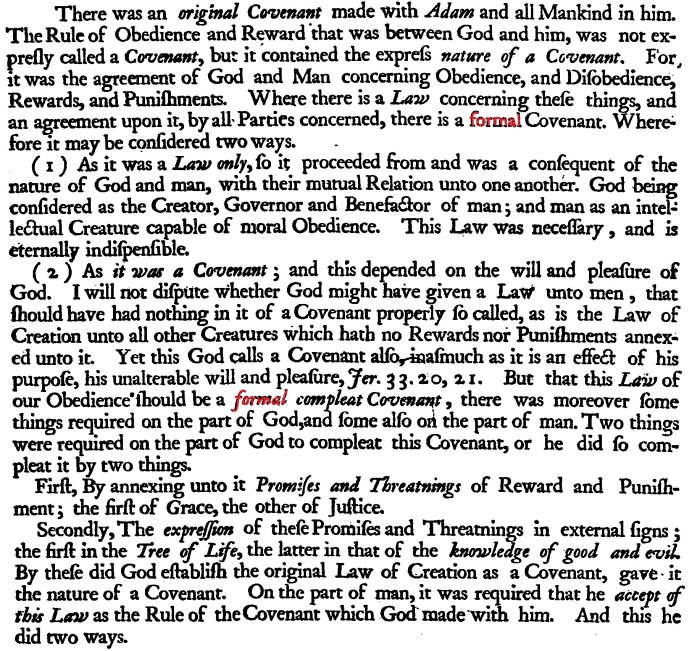 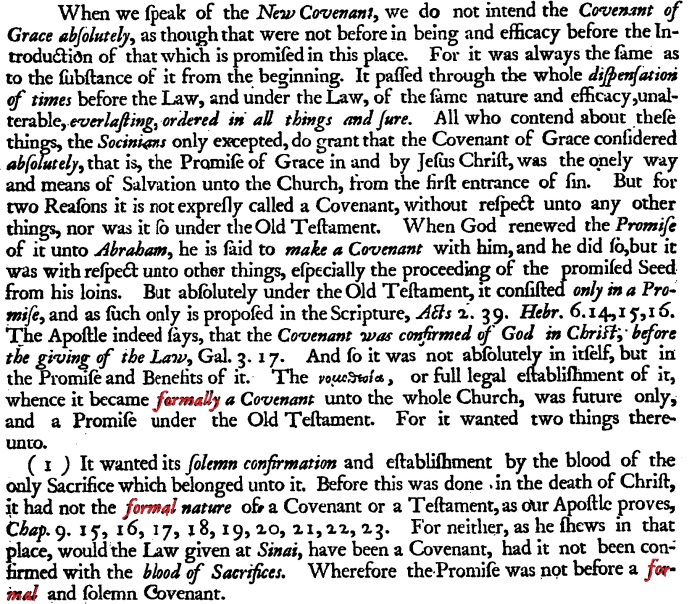 The same point is made again, showing how the New Covenant could not be new if it had already been formally established.

The law and the gospel (the promise) are present in the Abrahamic, Mosaic, Davidic, and new covenants.

Particular Baptists will argue that although the promise of the gospel was present and revealed in all of the OT covenants, they were not the covenant of grace. The old covenant saved no one because it was a covenant of works for life in Canaan. Until the New Covenant was formally established in Christ’s blood, the covenant of grace existed in promise form only. The new covenant is truly new, the fulfillment of everything promised and hoped for in redemptive history. No covenant was formally established on the promise “I will remember your sins no more” until the blood of Christ inaugurated the new covenant.

11 thoughts on “Form and Matter in Covenant Theology”